Time ago Airtec has invented a further – until that moment unknown – way to open a parachute reserve container.

All in 1990 existing AAD‘s, when they activated, did also pull on that ripcord.
At those times there were many more different AAD manufacturers and brands than there are today.
All the existing AAD‘s though did often make unintentional activations. That can be dangerous for the person wearing the AAD, for other parachutists and also for the dispatching aircraft. Injuries and fatalities happened and even jump aircraft did crash. More than five jump ships went in because of a premature opening of an AAD. 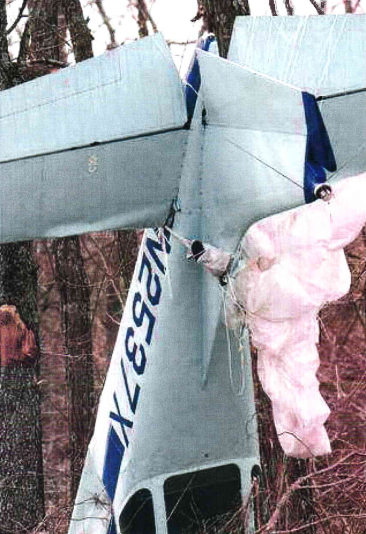 That made people refuse AADs. Virtually nobody voluntarily used an AAD.
“Me. An AAD? Are you crazy. I don’t want to kill myself,” was a typical reaction on the subject AAD.

In 1986 Airtec began to investigate if there was a chance to develop a good, if possible a perfect AAD.

At first it needed a definition what is an perfect AAD.
Perfect for a car engine could be: as big as a PC, no noise, no pollution, no vibration, no gearbox, no clutch, 200 horsepowers and 230 miles per gallon. That certainly is something desirable. The question is, is it possible?
With this kind of thinking the definition of a perfect AAD was outlined like this:

That all AAD‘s pulled on the reserve ripcord was not at all a good solution. In the opposite an even dangerous solution.

Both happenings made an opening impossible.
For the parachutist as well as for the AAD.
So when this appeared the jumper was dead. Regardless of what he did or not did.

A good AAD had to overcome this drama.

Airtec searched and found a principally solution within some weeks. But needed one and a half years to make it cover every thinkable scenario and be absolute (100 percent, not 99,99 percent) reliable for a duration of at least 10 years. That needed so long, because 100 percent reliability is a very difficult goal.

The Airtec idea was:

After very very many successful procedures, a container came across that did not open. It stayed closed.

At that moment it looked like the idea of an perfect AAD was history.

But after a fright we tried to find out why this container did not open while others did. It resulted into half a year of no AAD development but instead investigations and investigations of reserve container designs.
It is not one single detail that causes delays but there are a number of design aspects that play a roll in the opening performance of containers. Even the container material, stiffeners, grommets, sizes, design of flaps, flap pockets, edges and corners that are sewn together or not are taking influence. Also is the closing loop of significant importance. If that is is a thick rope with a rough surface that under long time of permanent tension even becomes stiff it may hinder the opening sequence.
And a container with opening delays may cause a fatality.

E.g. was the development of the later so called “CYPRES Loop” one consequence. That loop construction represents the best possible solution for a reserve container closing loop design.
It has the needed breaking strength, it is as narrow as possible, it is as flexible as possible and even stays flexible under long time tension, it‘s surface is as slippery as possible‚ it has very little elongation when under long time tension, it is a tube so it can be finger trapped and it allows to be covered with silicon which makes the critical sections even more flexible and slippery.
Over the last three decades this construction has saved quite a number of lives. Autonomous and on its own. Without that is has anything to do with an AAD or no AAD.

Because many participants of the skydiving / parachuting scene have realized these properties, today virtually every reserve containment worldwide is closed with this “CYPRES Loop”.

The same kind of improvement concerns a holding disc of the reserve loop.
People used metal washers (from the ironmongery). Their hole is typically stamped and they often have sharp edges. A loop that touches these sharp edges while it is under tension and vibration -like during transport in a car or while sitting in a flying jump ship- the loop can be severed. That can result in a reserve container opening.
We have designed a disc construction that entirely overcomes these problems. People call it “Smiley” because of its look.
Also this item has saved lives. Autonomous and on its own. Without that it has anything to do with an AAD or no AAD.

An old German weaving mill (they are active since 1829) is weaving the CYPRES tube ropes for us since 1989. In a lengthy process we have developed the loop together with them.

You will realize that these developments have no connection to the CYbernetic Parachute RElease System.

We just have used our possibility (CYPRES units that we shipped out) to show these items to Riggers and Packers. Lucky wise the wish to use these improvements developed very fast. Until 13 years ago we even have given loops and smileys to riggers and packers for free. Both developments have made skydiving / parachuting a good part saver. With absolutely no connection to the AAD.
Today you will hardly find a rig in this world, that is not closed with a CYPRES Loop and a CYPRES Smiley.
And that is good so, because it reduces fatalities.

A further consequence of our basic research is, that we have improved the design of a number of reserve container constructions in terms of their opening performances.

We spoke to rig manufactures. “We like your construction. You really make nice rigs. Congratulations. Can you please do a little change here and a little change there? It is just about the opening performance of your reserve container.”
As manufacturers desired to call their rig “CYPRES Ready” and needed our permission we succeeded with all of them.

These changes made Skydiving / Parachuting safer.

We intentionally even took the most part of the liability concerning the reserve opening subject away from the rig manufacturers.
In 2011, because of then ambient circumstances, we stepped back and relocated the responsibilities to them and their TSOs.