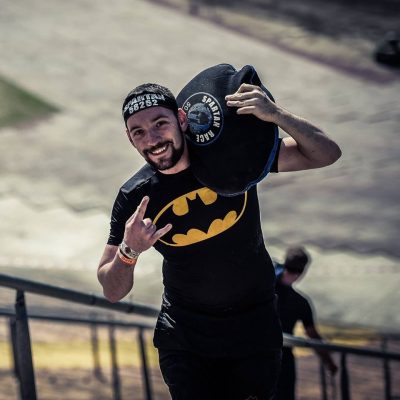 Paul Owen’s friendly face and easygoing personality have made a regular appearance on European dropzones since he started jumping around 2011. Since then, he’s logged about 400 jumps–a mix of FS and wingsuit–and he’s made loads of friends on his adventures all over the continent.

Those friends almost got a nasty shock earlier this year. Luckily, Paul had his CYPRES on. Here’s the story in his own words.

“After I had done about a hundred jumps in my first suit, I treated myself to a new Phoenix Fly Havoc Carve. I did a couple of solo jumps in the new suit with no issues, so I decided to do my first one-on-one with a friend of mine. I was at my home dropzone, Skydive Saulgau. It was a Saturday–February 25th.

The jump itself was totally normal; nothing spectacular. We decided that I would pull higher because he wanted to record my pull.

I had my hand over my hackey immediately–no problem with the reach. But, for whatever reason, as luck would have it, I had a hard pull. I just couldn’t get it out. I’d never had a hard pull with my setup, but somehow it happened this time.

It was the worst-case scenario. I had the reserve pillow in my hand. I had it right there in my hand, pulling, and it didn’t work.

As I was trying and trying, my wings deflated. I felt myself stop flying and start falling. I kept fighting and fighting to get it out. Nothing worked. At around 1,000 meters, my audible beeped again. I decided to go directly for my reserve. And I couldn’t get my reserve handle out.

It was the worst-case scenario. I had the reserve pillow in my hand. I had it right there in my hand, pulling, and it didn’t work. So I tried it with both hands. At that point, I turned around onto my back to just focus on trying to get my reserve out. I couldn’t believe what was happening to me. I was fighting so hard.

I flipped back to my belly as I realized that, and I felt my wings inflate again. I started falling slower. At that moment, I remembered one fatality that I had heard about, where somebody was on a wingsuit jump and the AAD didn’t fire because he was going too slow. I knew from my experience with the new suit that I was probably flying under the activation speed, so I decided to get as fast as possible towards the ground. I went into some sort of head down position just to make sure I was going fast enough for it to activate. I knew I wasn’t going to get anything out with my hands. And it went. I felt my reserve deploy. 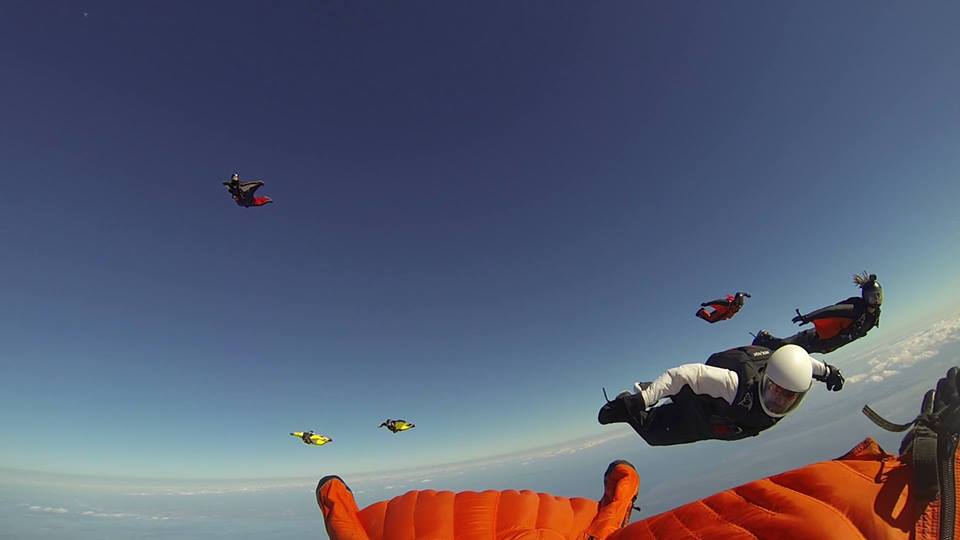 Even though I was basically diving at the ground, the deployment wasn’t that bad. I was probably so full of adrenaline that I didn’t feel it that much. I was really happy, actually. The first thing I did was curse–like, twenty times. But I was quite happy. I landed safely in a field, luckily with no horses or cows or anything.

My landing wasn’t the softest, because I only had time after opening to unzip my arm wings, make a 90 degree rear riser turn to the right and flare. I flared a little bit high with my rear risers, so I ended up falling on my back a little bit. It didn’t hurt. Just a little grass stain and that’s all.

Basically, the first thing I did when I landed was to get the new wingsuit CYPRES. The funny thing is, I was talking to a friend of mine about the wingsuit CYPRES just a few days before my CYPRES fire. I told him that I wasn’t sure if I should get one or not because I had just got a new CYPRES and I’m not a person who only jumps in a wingsuit. I do camera for Formation Skydiving, too, and I told him that the beeping would probably get on my nerves. Now–who cares about beeping. I’m happy I don’t have to think going into a head-down position again during a jump that’s going wrong.

I still don’t know exactly why I couldn’t get my reserve handle out. I think now that it was because it was a freefly pillow, and the velcro was quite new, and I got a little bit of my suit in my hand as well. Now I have a metal ring reserve. I feel a lot safer now.

I always imagined if I had a CYPRES fire I would be unconscious and would wake up under my chute, but with me being so completely there, completely focused–it was quite interesting what goes through your mind during that.

If it happens, it happens so fast. You never plan on using your CYPRES, but at some point–like me–you might end up being quite happy you had one.

Maybe my story saves another life; maybe not. If it does, I’m happy about it.”

On his way to the next WS Boogie Paul stopped by at the company and told our Roadshow Chiara what has happened. Watch here our interview with him.

Fortunately we had his pre ordered WSC – Wingsuit CYPRES ready to hand it over directly!