every country has been implementing a similar but varied set of rules – changing and evolving at different times throughout the season. Back at the start of the Summer in the UK (during a sustained lockdown run of perfect skydiving weather), many people were idling away the time speculating about when we might be able to jump again. It looked for a little while that maybe no skydiving at all would happen, but despite the grim predictions for the coming Winter, dropzones began to operate again.

boogies One and Two, have long been fixtures on the British calendar – and occupy approximately the beginning and end of the most serviceable period of weather. Although many places in the UK are open year round, these events are kind of the Alpha and Omega of the season. With Boogie One very much cancelled in April, by the time the renamed Boogie Three (1+2=3) actually came to pass, everyone was keen to make the very most of it.

Even in the few days leading up to the start of the event, nobody knew if it would actually be able to happen. The UK rules were set to change again two days into the total of nine. Skydiving was basically getting by at this point by being a place of work, an education facility and a sport.

that there is no real way to make the aviation side of things work at a boogie without full planes, but even with daily visits from local Nottinghamshire police and officials did not raise particular concerns. Skydiving is a small concern for a government dealing with many, many problems and nobody has the time or the personnel to watch too closely. Everything outside of being in the aircraft itself is quite easily manageable in a dropzone environment, but it can easily slide. The staff and jumpers at Langar have consistently been doing a better job of the Covid procedures than a lot of other places – even being the place that got stuck into both trailing how things might work and producing advisory documentation to be shared with other operations. One-way systems through the buildings, limited numbers in any place at any time and regular announcements across the dropzone to remind people about masks seemed to tick all the right boxes. 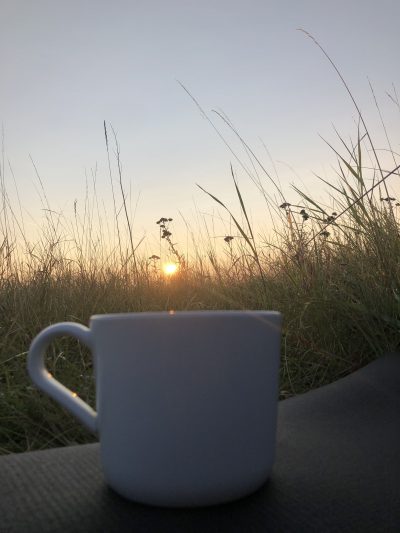 The event went down pretty well. The weather is only ever going to be changeable in this part of the world at this time of year – but the British have got very good through practice at getting people in the air as soon and as often as conditions allow. Langar has two fast Caravans, so when it goes it goes. It is also a diverse place. Skydive Langar has a good mix of disciplines and strong connections to the various university clubs, which means there is a healthy turnover here of new skydivers and participants of every level. The comparatively young scene also means that Langar has legendary parties, and usually the hangar party finale of Boogie Two represents the last big hurrah of the season for many – and the final time skydivers will gather in a group of any size until the UK Expo that usually happens in late January.

The rules of course meant that while the event could still function, the party was very definitely cancelled (now also the UK expo too). Next yeast hopefully things will be closer to normality.

It has been a strange year for everybody.

For the most part we got to do a bit of skydiving, which is very lucky in such interesting times. A lot of people had to put in a bunch of extra work and hang themselves out over the idea that it might all come to nothing anyway. Many events did not make it – with travel complications creating simply too much difficulty for people to be able to commit. Those that persevered sometimes did get rewarded with a boogie to be proud of, and Boogie 3 can be added to that particular list.