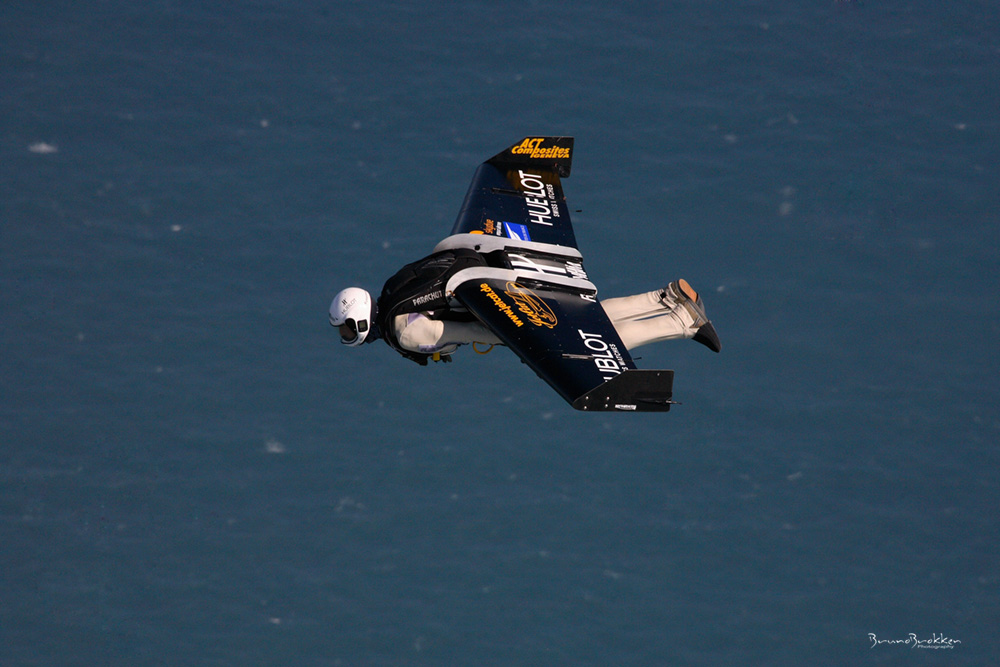 Even if you don’t know Bruno Brokken’s name, I can promise you that you know his work. This Belgian skydiver/artist — transplanted from his native Belgium to the sunny shores of Empuriabrava in 1987 — has been gracing the pages of skydiving glossies with his spectacular work as long as most can remember. Between his gorgeous documentation of some of the world’s most exotic boogies to his thrilling documentation of the Jetman project, Brokken’s work represents some of the best aerial photography the world has ever seen.

Brokken was born in Belgium in 1963. He started jumping in 1980, when he was 17.  His father was a military pilot, so he grew up surrounded by planes and aviation culture; as luck would have it, there was a little skydiving club at an airfield in the Belgian town where he lived. One day, a friend of his decided to go for a static line. Bruno came along for the ride. The rest, as they say, is history.

“I just liked it from the first jump,” Brokken smiles. “so I went to the next weekend and jumped again and, after a few weeks, I then started doing freefall.”

“Back then there was no AFF or camera or tandem to earn money,” he adds, “not even packing. Everybody packed their own parachute. I still did as many jumps as I could every year, and I used to play and still play music — keyboards — in restaurants to earn money for jumps. I still play, but it’s just for fun now.”

By the time Bruno had around 1,000 jumps, it was 1987. In September of that year, tragedy struck. One of Bruno’s best friends — his teammate — died in a skydiving accident.

“I went to Spain,” he explains, “Because I wanted to change the scenery, because [the jumper who died] was a really close friend who lived in the same town and we jumped a lot together.”

Once arrived, Bruno discovered a whole new home. Skydive Empuriabrava and their School of Human Flight was pioneer of AFF instruction in Europe back then.

“I ended up working immediately because they needed somebody who spoke French to do an AFF course and I had just earned my AFF instructor rating a few months before,” he says, “and they asked me to come back the next year to work here. That was my introduction to skydiving as a professional sport. “

From there, he was off to the races. In his new Empuriabrava home, Bruno served as one of Europe’s earlier AFF jumpmasters and as a tandem instructor. He also started flying camera. He’s still working at Empuriabrava to this day.

“I had a photo camera before going to Spain — in the mid-1980’s — and I did some freefall photography, but I bought my first video camera in Spain in 1988,” he says. “Soon, I started liking doing camera more than the rest. I ended up also filming freestyle skydiving with Marco Manna, an Italian guy, in the early 90s.  We won the world championships twice, ‘92 and ‘94. We competed for three years. In 1992 we won in Eloy, Arizona. In 93 here at home, we came in second, and then we won again in Eloy in 94. And then I wanted to get really serious in video.”

It was also the time that Bruno shot his first world record — which happened to be in Koksijde Belgium, in 1992, the same airfield where he started jumping. Since then, he’s been in with sky with a great many groundbreaking records with his video camera: the 400-way in Thailand, for instance, and the World Air Games in Turkey, Spain and Dubai. He also competed for about eight years in canopy piloting.

“I was also quite involved with the Jetman project,” he adds. “I was with Yves [Rossy] for many years as his cameraman and also in charge of safety. Sometimes he is dealing with so many other things, he needs someone to help with the basics, with the parachutes. So I have been responsible for safety, and for taking images of him, for a long time.”

These days, Bruno’s work has worldwide reach — and that puts him on plenty of long-haul planes.

“I like to go to exotic places,” he says, “And I’m lucky to be invited to exotic boogies. This year we went to Costa Rica; last year, to Belize. I went to the North Pole once, and all kinds of other places. I’m very lucky.”

In addition to the travel Bruno does, he ends up doing quite a bit of film production work, too. He’s been involved behind the scenes of several big commercials: last year he was involved in Xbox, Playstation, Enterprise Rent-a-Car; and Armani commercials. Suffice it to say, he stays quite busy.

In a life with so many moving parts, Bruno insists that it’s nice to know that we here over at CYPRES quite literally have his back.

“I did more than 5,000 jumps without an AAD,” he says, “because we simply didn’t have the technology. It was too early for that. I remember my instructor on my first freefall just told me: pull, or you are going to die.”

It wasn’t until much later, when Bruno was an AFF instructor himself, that AADs came into the picture. It was pre-CYPRES technology — an unreliable beast with a well-earned bad reputation. 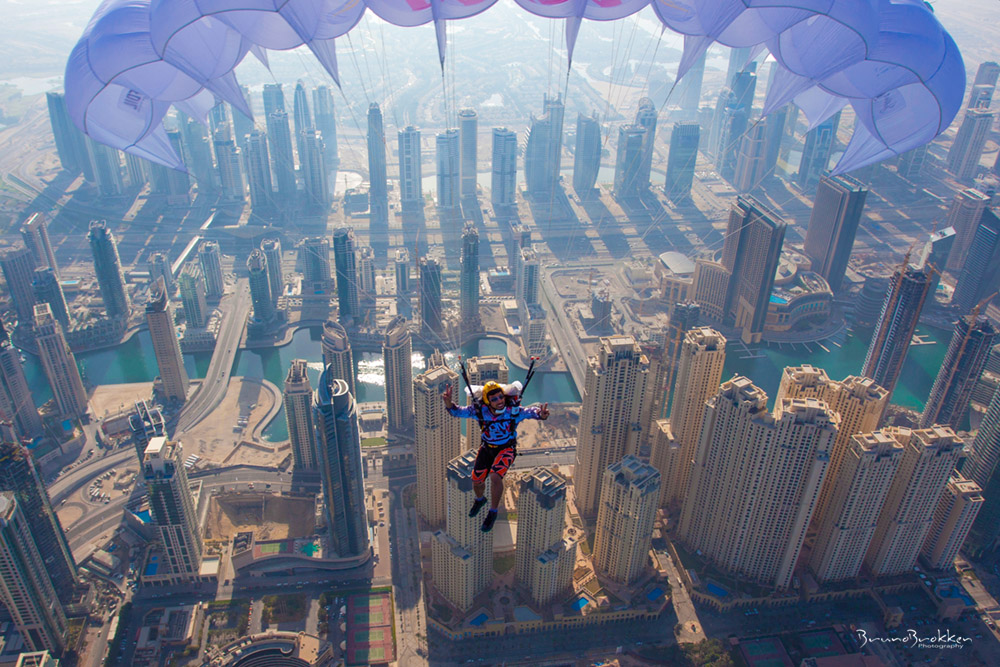 Then, in the late 1980s, Helmut Cloth came out to Empuriabrava.

“I remember this young guy asking us all kinds of questions,” Bruno grins. “I went on a balloon jump with him because I used to organize those here. I have such good memories of him. I remember taking pictures of him doing a balloon jump. I had no idea what he was doing or why he was asking all those questions, but after a few years, I got my first CYPRES and understood.”

“I plan to keep it that way,” he laughs, “But I’ve witnessed a few [CYPRES rides]. It is quite amazing when you see a CYPRES save someone’s life. And I think to myself that, if my teammate had had one back in 1987, he would be alive now.”

“I would like to say thank you to Helmut and his vision,” Bruno insists. “It is amazing how many lives have been saved over the past two and a half decades because of him and because of CYPRES. I am truly proud to be a CYPRES jumper.”

Tandem Master since May 1988