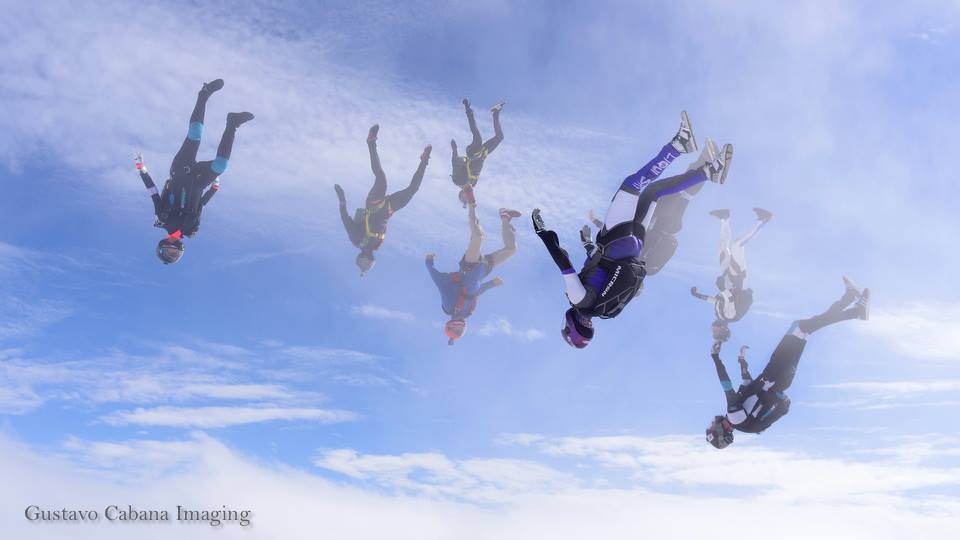 How many times have you initiated a breakoff in a crowded sky, only to find an out-of-place skydiver
zinging alarmingly by? After you landed and delivered a tidy piece of your mind to the misfiring meat missile, you probably never gave it a second thought–after all, there was more jumping to be done, right? 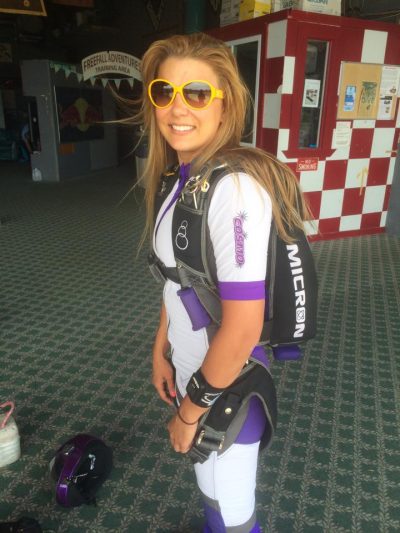 Sometimes, we’re not so lucky. Meet Philadelphia (USA) resident Stacy Powers–a very experienced free flyer with bombshell good looks who calls New Jersey’s Crosskeys home. When that eventuality happened to Stacy, she wasn’t so lucky–and ended up in the unenviable position of being a direct hit. Since this incident, Stacy has gone on to a full recovery, but this story would have been a tragedy if it weren’t for her AAD.

Though your jumps may not take place in such a crowded sky, what Stacy learned on the day of her CYPRES fire still has plenty of relevance for you–because, at the end of the day, the sky is not as big as you think, and break off miscalculations are by no means uncommon phenomena.

Stacy’s Story: In her own words.

It was November 8th of 2014. I was out in Perris, California for one of the first world record camps leading up to the last co-ed world record, which was set to take place in July 2015. I was attending one of the first camps out there, and I was really excited to build this thing.

That day was a beautiful Saturday. We did a two-plane shot. I was a second stinger on a pod. I was in the first wave of breakoffs. At around 5,500 feet, my dytter signaled breakoff. I turned, cleared my airspace and started to track away. The next thing that happened was that the videographer was on level with the formation from underneath. We collided. His shin impacted my face. I was knocked unconscious.

I’m here today because somewhere up there, my CYPRES fired. My reserve came out and fully inflated. 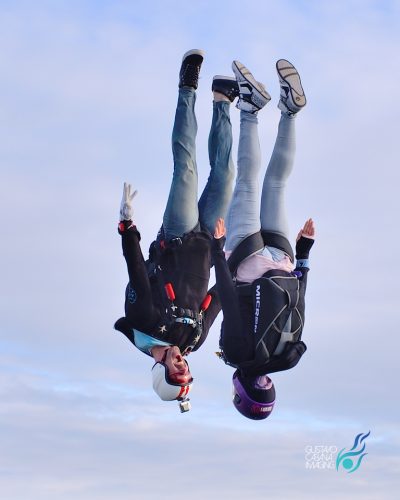 I’m extraordinarily lucky because we were right over the drop zone–and right next to it happened to be a gigantic field of freshly tilled dirt. That dirt was as close to a pillow as you were going to get. I drifted downwind and landed in there, still unconscious.

Three guys on the skydive had been watching me in freefall and knew something was wrong. They saw my reserve open, so they followed me and landed with me. I’m sure they had no idea what they would find. I can’t imagine what that was like.

I didn’t wake up until they woke me up. One of the guys was wearing a camera; he put it down next to me when he got to me, so there’s footage of the whole thing.  On the video, you can see how hard I was hit. They’re pleading, very gently, “Stacy, can you hear us? Are you awake? Stacy, are you with us?” You can see me finally come to, and I immediately ask them where are we; what happened? They tell me that I’m in California; that we were on a skydive. I ask what happened. I ask what I did wrong. Then I proceed to repeat my questions for fifteen minutes, at least. I sounded like a broken record until that GoPro died.

Holy crap, the one-in-a-million thing happened to me, and that thing did its job.

CYPRES saved my life that day. I owe them everything. Purchasing that CYPRES will forever be the best money that I have ever spent in my entire existence. I truly, truly owe them my life. Holy crap, the one-in-a-million thing happened to me, and that thing did its job.

After it happened, I started counting the “bonus days.” It took me a long time to not dwell on the fact–every day afterward, like clockwork–that this is a day I almost didn’t have. It still comes up, more than occasionally.

I got a clean bill of health from my concussion doctor about two months later, so I started flying in the tunnel again to get myself ready. At six months, I was ready to skydive again. So I went down to Florida, visited some friends and went and did a two-way. I wanted to see how I felt. As it turns out, it was awesome. I really was ready to get back up there.

A lot of people ask me about that when they hear my story; about why I’m still jumping. My family wanted me to be done with the sport, and that’s understandable–but I won’t stop. After all, it was truly an accident, and accidents happen. People get in accidents all the time when they’re driving their cars. Should I stop driving my car because I’ve been involved in an accident? Of course not. On the contrary: I have a new appreciation for skydiving now. I’m a happy fun jumper–and maybe the luckiest one you’ll ever meet.