Will Penny is a hard man to reach–and he likes it that way.

When we finally talk to him, he’s in the process of flinging himself around Portugal on a madcap road trip. The perfect way for a fella this dynamic to relax, clearly, is to move even faster. We end up chatting with him as he’s ambling out to the surf break, board under one arm, the smile shining through in his voice.

That smile comes quite naturally, in fact. Will was born into this lifestyle as a legacy, after all. His parents owned a dropzone in South Africa–the Bophuthatswana Skydiving Club–and he grew up toddling around the packing mats. Unsurprisingly, it didn’t take him long to join the jumpers there; he did his first tandem at age 10 and was jumping alone by 15.

“The jumpers there were pretty exclusively flat flyers,” Will muses. “But then some of the guys went overseas and came back with some freefly skills. I thought, ‘Now this I can relate to.’ Everything changed from there.”

Hungry for something different, young Will followed in those pioneering footsteps. He moved from South Africa to Spain to become a full-time skydiver in 2004, smashing out the jumps like a man possessed. Empuriabrava has been his home base ever since.

Unsurprisingly, it wasn’t long before the driven young jumper met success. He became a member of the none-more-legendary Babylon Freefly team: no less than the longest-running, most-established, best-known freefly skydiving collective in the world. The next phase kicked in when Yohann Aby–longtime French national skydiving team member–asked Will to be his camera flyer. It was a welcome invitation for so many reasons.

“Freefly is a love triangle,” he laughs. “And freestyle, on the other hand, is a ‘bromance’–there’s only you and the other jumper. I’ve always felt that two-way is the best way to progress.” It felt like a logical next step, but both Will and “Yo” wanted to be sure.

“We decided to do a training and see if it worked,” Will remembers, “Because it’s the human element that makes the team. And it worked brilliantly.” It wasn’t long before Will and Yo were a wildly successful team. They just kept winning and winning; racking up the medals, and learning loads along the way. 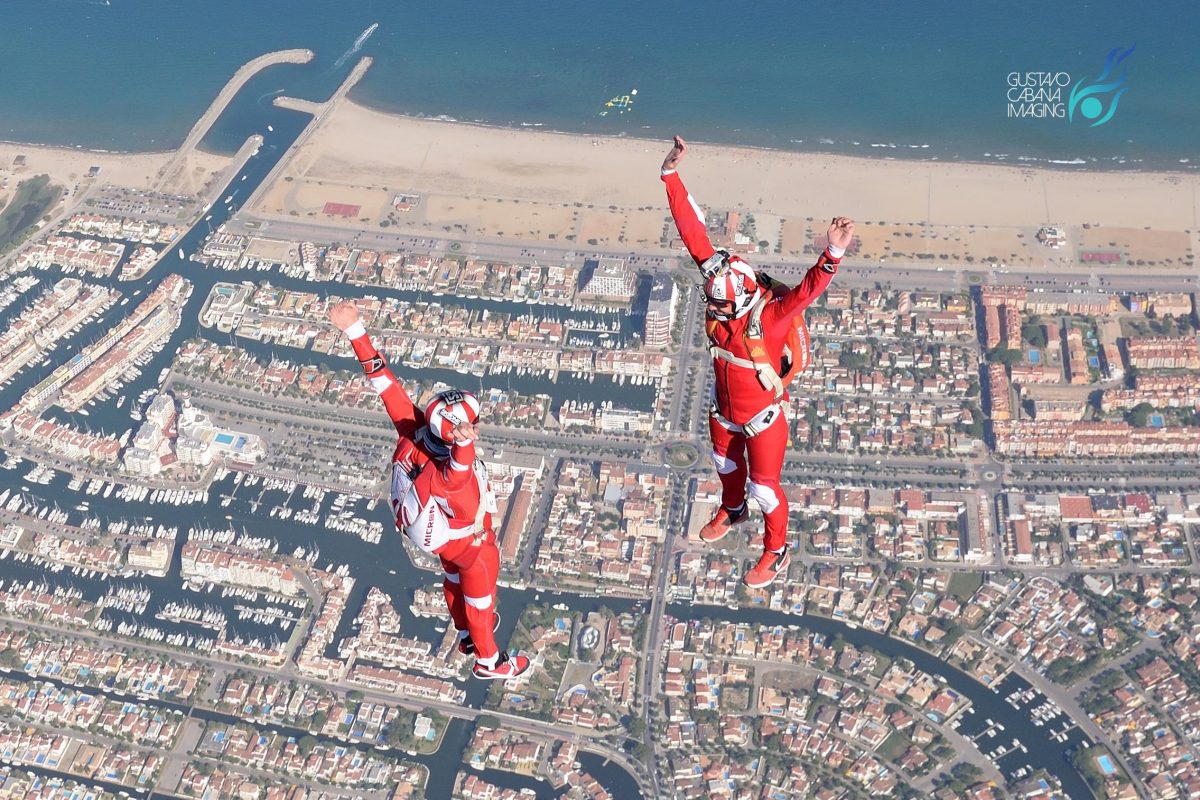 “There were challenges,” he muses, “But I can honestly tell you that there were no low points; only high points. We became really close friends, which was good, because we basically lived together for four years. And the only competition we ever lost was one we’d already won.”

After those four landmark years had passed, Will was ready to move on.

“[Yohann’s] plan was to continue to compete for another seven years,” Will explains, “But if I did that I’d have had to reimagine my life. We transitioned out of our sponsorship with Empuriabrava, and continuing to compete would mean that I’d have to travel to France constantly for training. I couldn’t do that; I had several big projects on the go, and they required the bulk of my time and resources. It was time.”

Those big projects sound intriguing indeed. One is a highly secret project he can’t say so much as a word about (“but you’ll hear about it soon enough”). The other is a non-profit foundation he’s putting the final touches on. It’s called The Care – All Foundation, within the Foundation is the “Sky Family Fund” and it’s the first fully-formed purpose-built fund to support post-incident recovery in the skydiving and BASE community. It’s scheduled to go live in late 2017–just a month from the date of Will’s interview–and it has the potential to touch every life in the sport.

It bears mention that it’s not just helping incident recovery that inspires Will to action. Far from it, in fact. Prevention is really his gig. To that end, Will has been a CYPRES athlete since 2007. He has never, however, had the occasion to actually use one. Like most of us, he never intends to if he can help it–and he’s equally keen to help other skydivers avoid the need for that last resort.

“People need to know their equipment and understand the parameters within which their equipment operates,” he insists. “If you’re making mistakes that we’ve seen incidents arising from for the past ten years and you imagine yourself to be the exception, you may rest assured that you are not. I’m glad to know it’s there, however–I’ll never jump without it.”

“Most of the mistakes we’re seeing aren’t necessarily a failure of the skydiver,” he continues, “they’re a failure of education.” One of Will’s major driving forces is to cover that gap, using the leverage of his long experience to help people become better-rounded, more globally informed jumpers, both inside and outside of the freefall context. “You can be great in freefall,” he insists, But you can’t lose focus on equipment, emergency procedures, aircraft…freefall is really just about 20% of the activity.”

If that sounds a little disruptive, it’s because it is. Will’s educational background is in design, and he aims to design everything he touches, from skydiving education to lifestyle.

“Since I was a very young jumper, I’ve always been driven by the desire to design my life in skydiving,” he smiles. “I’m always looking for the new, better way of doing things. I use my background in design–and what I’ve learned over these many, many jumps–to advance the sport. It doesn’t matter that not everybody likes it.

CYPRES is proud to support Will Penny in his many diverse efforts on behalf of the sport and community of skydiving. For coaching–or to join Will for a camp–reach out to him via Facebook.