Skydive Luzern is a good dropzone and the Hellaherb Swiss Freefly Festival is a good event. The only ‘problem’ they have is that the cost of living is high in Switzerland compared to everywhere around it – whis makes jumps pretty expensive for everyone from the other side of the various surrounding borders.

The other side of the same coin is that this place and this event has a strong community of locals who jump together regularly. This makes the skill level generally pretty high. The level is good for most things, but particularly when it comes to canopy work. As Skydive Luzern is the home base of the Red Bull Europe skydiving team – as well as some of the German and Swiss international canopy pilots. Freestyle moves are pretty common across the grass as no opportunity to practice more is missed. 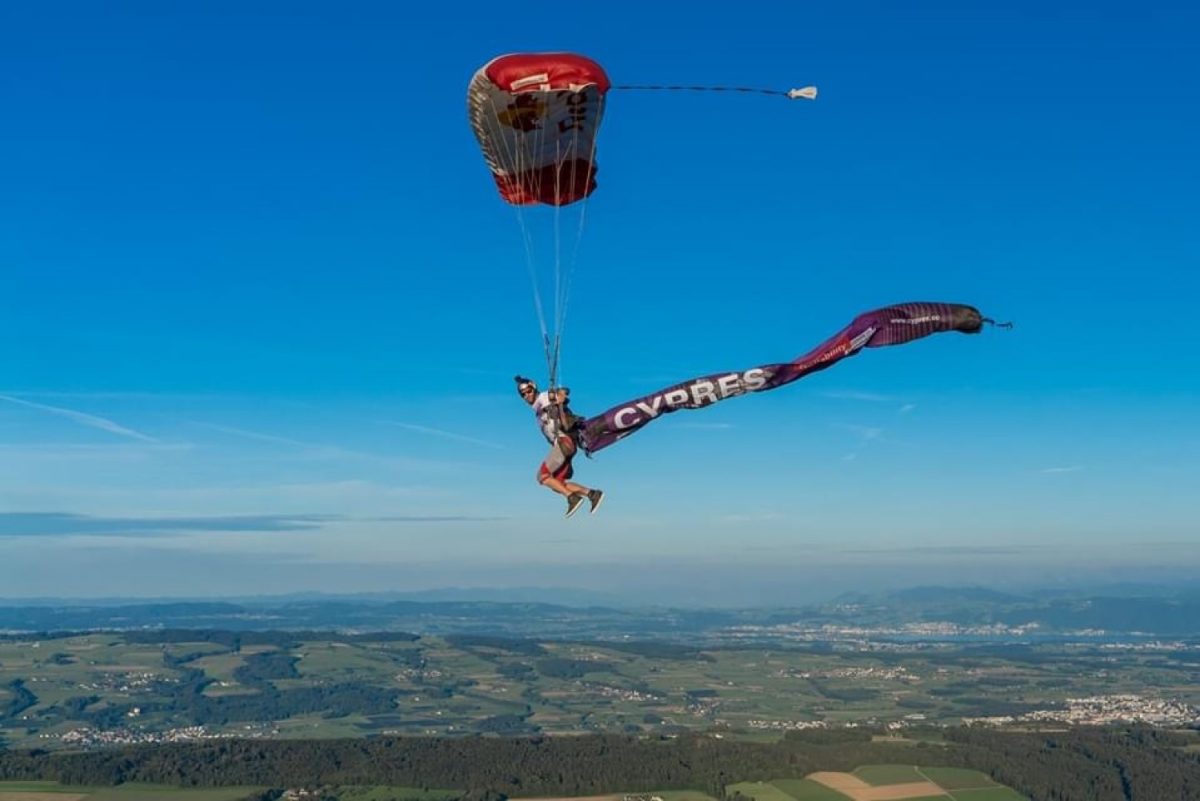 is just off the side of the road in between two small, pretty towns – but just a couple of minutes climbing in the plane reminds you that this is not far at all from the huge mountains and lakes of postcard Switzerland. If you know which way to point your eyes it is possible to pick out some of the biggest and most famous peaks used for air sports anywhere in the world. Such as the Eiger or the big wall BASE exits of Lauterbrunnen. Handy if you are multidisciplinary – which in this part of the world many are. As with many areas which people skydive, things are pretty rural – and about the place are things you would associate with Swiss country life like small farms selling their produce out the front and cows everywhere with bells on them.

The local innhopp is next to a broadcast tower on a nearby hill that can easily be seen from the dropzone. It is a fun jump and run well, as once you have jumped in and packed in a spot that is free from cow shit the view is spectacular and they bring up dinner and beers.

Depending on how you feel about things going long into the evening, committing to an end-of-day jump to somewhere remote that you may or may not be able to get back from without help can be tricky. It is always good to find out that vehicles will be coming and going regularly, so those that wish to either get back or stay late have an easy choice.

Setting an offset on the CYPRES unit is an easy thing to do, but those who have perhaps not done it themselves before can be nervous about getting it right, so at the very last minute suddenly the CYPRES guy is very popular (while he is also getting ready) as people chase him around carrying their rigs to get some advice. It is a quick process though, so with a little bit of rounding up into groups for a quick demo, everything happens on time.

A last minute change in the LO lineup

brings in Rob Jones to replace UK CYPRES athlete Matty Mitchell. With two weeks isolation on return to the UK a prospective Matty needed to consider his commitments at home. Rob Jones, formerly of Skydive Dubai’s Maktoum, who is now based in Munich, could make the drive without complication and is a highly experienced replacement for the role. These kind of last minute re-arrangements are typical of 2020, with rules on mainland Europe changing swiftly and differently in neighbouring nations from one day to the next. For the most part and under usual circumstances, traveling load organisers can tell you their schedule for the whole season – but this year everyone is learning to act and react quickly to changes. Nobody involved wants to cancel an event that a lot of effort has gone into, but unfortunately many things did not happen this season. Those that managed to make it happen got lucky, and that Hellaherb 2020 was a success against many odds is a big win for the Swiss scene.

Being a Red Bull event makes you a little bit fancy – here most notably in the form of one of their mobile sound systems – built into and on top of a Land Rover. It is not unusual for the music at a skydiving party to go very late into the night, and this one is enthusiastically sticking to this idea. At some point during the night an emergency life raft is found. It is probably supposed to be in an aircraft somewhere, but instead it has become also part of the party – the flare gun too. 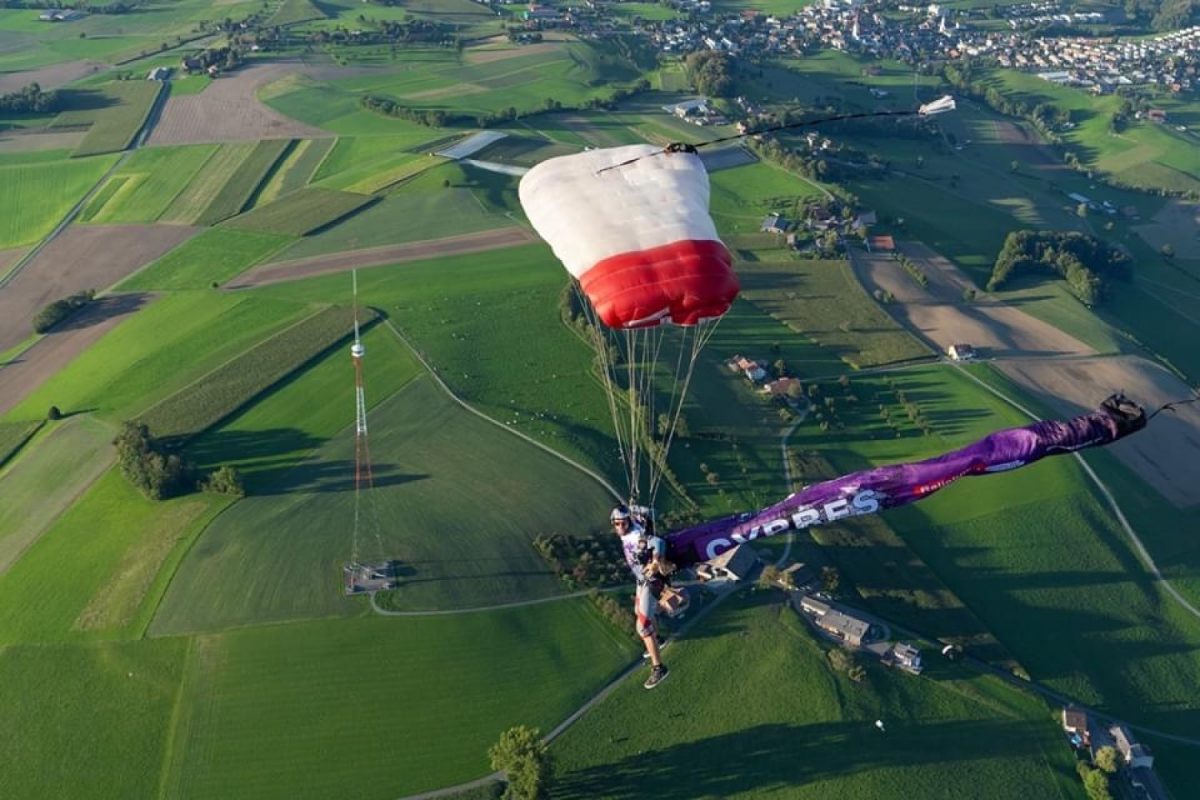