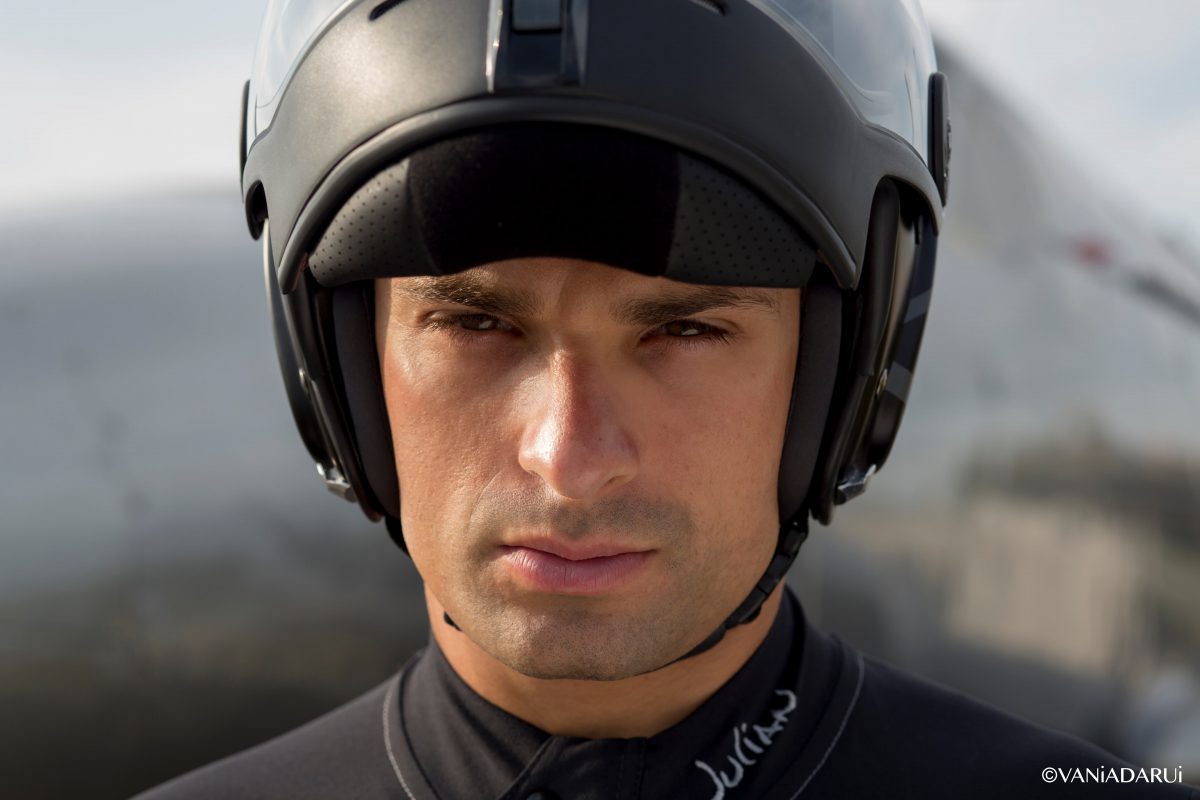 Have you ever met a humble skydiver that’s well rounded, a great flyer as well as a great instructor? We feel fortunate to have the gentleman of the skies a part of the CYPRES team. In this article, we get to know CYPRES athlete, Julian Barthel!

Julian hails from Hamburg, Germany but has called Europe home for the last eleven years. He was the type of kid that always wanted to skydive, but it wasn’t until he visited a friends house when he was 16 and met a skydiver. The skydiver was a camera flyer in Germany and humored Julian with all of his questions. That person instilled Julian’s passion and quest to venture making his first jump.

“As a child I loved to think about skydiving and jumping off of things,” Julian remembered. “I built parachutes for my play mobile figurines and threw them out the window. At age 12 I wanted to become a stuntman and at one point was very close to joining the special forces just so I could skydive. I was dreaming of jumping off of buildings and opening my parachute – I didn’t know the difference between skydiving and BASE jumping back then – but it consumed my thoughts!”

Before Julian made his first jump, he held several reception jobs while going to school and he recalled, “I hated every second of it, which definitely helped me decide not to go for an office job!” Julian saved his money while he was studying at the German Sports University in Cologne in his first year, and realized he saved enough money to start the AFF program. “I started researching different licenses and course options, and found an independent school that was operating in Italy. I asked my boss at a physio working reception five days a week after class if I could take 3 weeks off. They said no – so I quit, booked the trip and went with my tent, by myself.”

He booked the full AFF Course and A-license bypassing the tandem route. When he arrived in Fermo, Italy, he knew at once that it was a good decision. “My AFF-Instructor was a super cool guy, the people and the food were amazing!” he shared.

Julian did everything he could to absorb all the information. On his first jump, the radio failed and he landed on target and on his feet! He loved the canopy flight and said, “it felt like home.” Julian was a natural student, passing all his levels on the first go. “It was my first jump that I knew that skydiving was my future. I was never so sure of anything in my life,” he said. 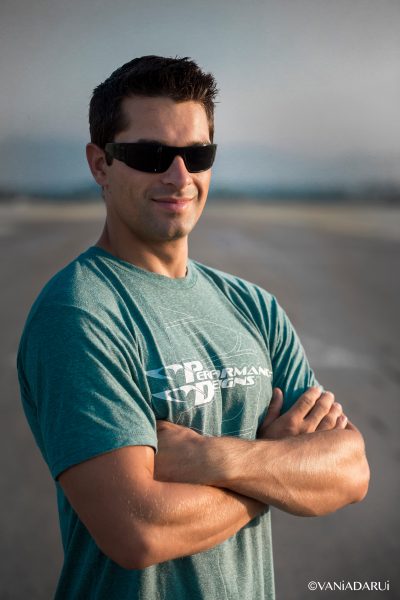 Julian kept moving forward in the sport and returned to Fermo a few times a year where he discovered his love for Atmonauti by Marco Tiezzi – which is now referred to as angle flying. He also met me, Melissa Lowe when I was there organizing for a boogie. “Melissa made a massive impact on me and how I approach students. She was load organizing at a boogie and I was looking to assist in a ground school to prepare for my Coach rating. She took her entire lunch break and more time to sit down with me and explain everything, even though she had nothing to gain from it. That small act of kindness deeply impacted how I approach students and anyone that needs help or looks lost.” Julian shared.

He also had an instructor who gave him the chance to coach for him straight out of his USPA Coach Course – Marcus Laser. Marcus took him on as an instructor at the DZ he managed and also helped him secure a job at Skydive Spain. Julian also studied under Marcus and eventually earned his Examiner ratings.

He went on to say, “In Seville, I learned how to fly my canopy from my then chief instructor, Cedric Veiga Rios, and my colleague Armando Fattoruso. They had a massive impact on me and how I look at Canopy Piloting.” Since then he moved to Empuriabrava and joined Flight-1 and now has the honor of calling Pete Allum his mentor – colleague and friend. “The entire community of Empuria has had a huge influence on me, including Will Penny and so many others who have always been happy to lend a hand or advice.”

Julian shared that his greatest accomplishment in the sport is helping skydivers overcome their fears and show them the ability to learn and perform better than they thought they could. “I pride myself on being the guy that is given difficult students. I love helping them discover the love of skydiving and move past their fears. Especially in canopy piloting, it is a discipline that a lot of jumpers fear. Seeing the faces of my students light up when they nail landings and accuracy is the best!” 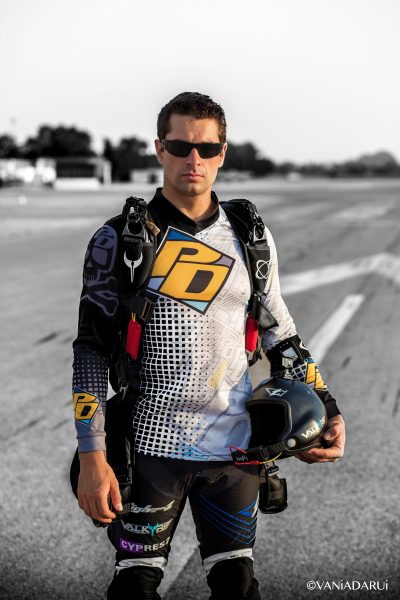 Julian also coaches and trains in the wind tunnel. “I’m extremely passionate about coaching, educating and helping to create a safer and more educated skydiving population. I have been writing safety articles and have done live talks on topics I’m passionate about that need more attention. I will definitely keep putting effort into expanding my reach making skydiving safer for everyone.”

Julian is not only a talented instructor, he’s also versatile in many different disciplines of skydiving. He’s had a lot of wonderful experiences but recalled his most memorable skydive was taking his mom on three tandem skydives. “Especially her last tandem here in Empuriabrava from 16,000 feet at sunset, during a beautiful summer day. She cried under canopy because she was so overwhelmed at how beautiful the views were.”

“My dad passed before I started jumping, but his advice to follow what makes me happy is what gave me the confidence to become a full time skydiver. Being able to share this moment with my mom and make her see what I get to live every day was very special. Giving her this  moment and making her experience the impact the two of them had on me was deeply rewarding.” Julian said.

How does one stay so humble and so balanced in this sport? Julian finds that his other passions of martial arts, fitness and health help him keep his even keel persona. “I’ve also been playing guitar since I was 12, I love learning new languages and reading a lot. I’ve also recently started surfing and this September I plan on earning my paragliding license.”

What’s next for Julian? He shares, “Pete Allum and myself have been working very hard to create the Flight-1 Air-to-Air Skills camp which has its debut end of July 2020, and we’re both very much looking forward to it.”

“There is always so much to do, and so much to discover and create which is one of the many reasons I fell in love with this sport.”

We’re so grateful for people like Julian making such a positive and powerful impact in our sport and to the lives he touches. Thank you for all you do Julian and being such a star CYPRES athlete!