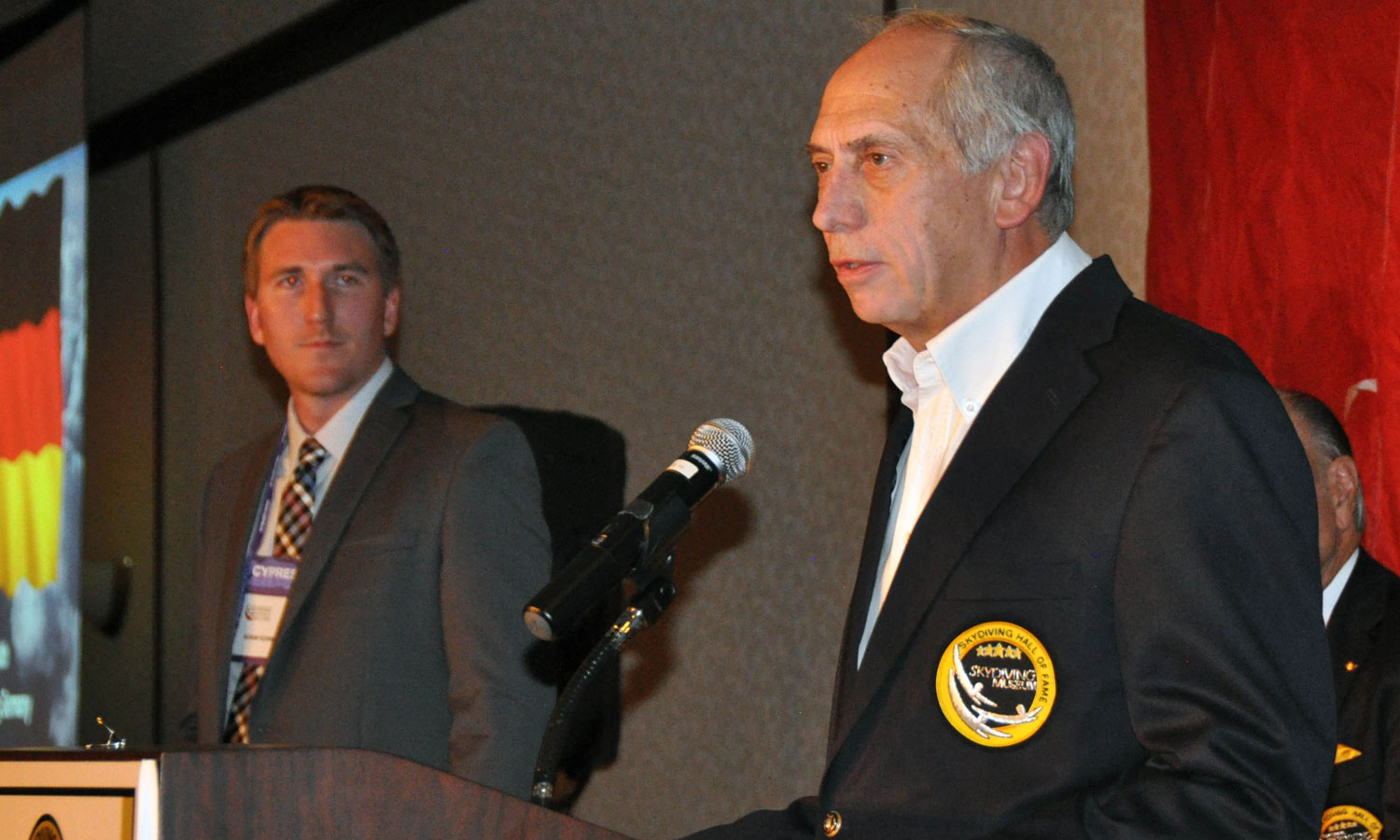 Created in 2010, the International Skydiving Museum & Hall of Fame recognizes and honors those who, through leadership, innovation and/or outstanding achievement have defined, promoted, inspired and advanced skydiving at the highest and sustained levels in the past, present, and for future generations of skydivers.

Today, The Hall of Fame is regarded as the highest honor for a lifetime contribution to the sport. Anyone who knows Helmut understands that he was truly humbled by this great honor and to be inducted with some of the greatest contributors to the sport of skydiving.