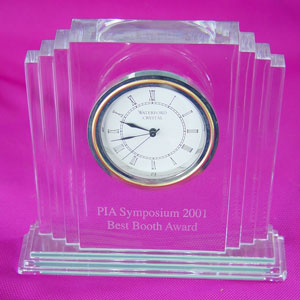 To many, this award may not seem like a major accolade being that it’s an award for best booth at the PIA Symposium (hosted every two years), but among the skydiving manufacturing community, it’s a very competitive award to win!

We were proud to have claimed the best booth in 2001!